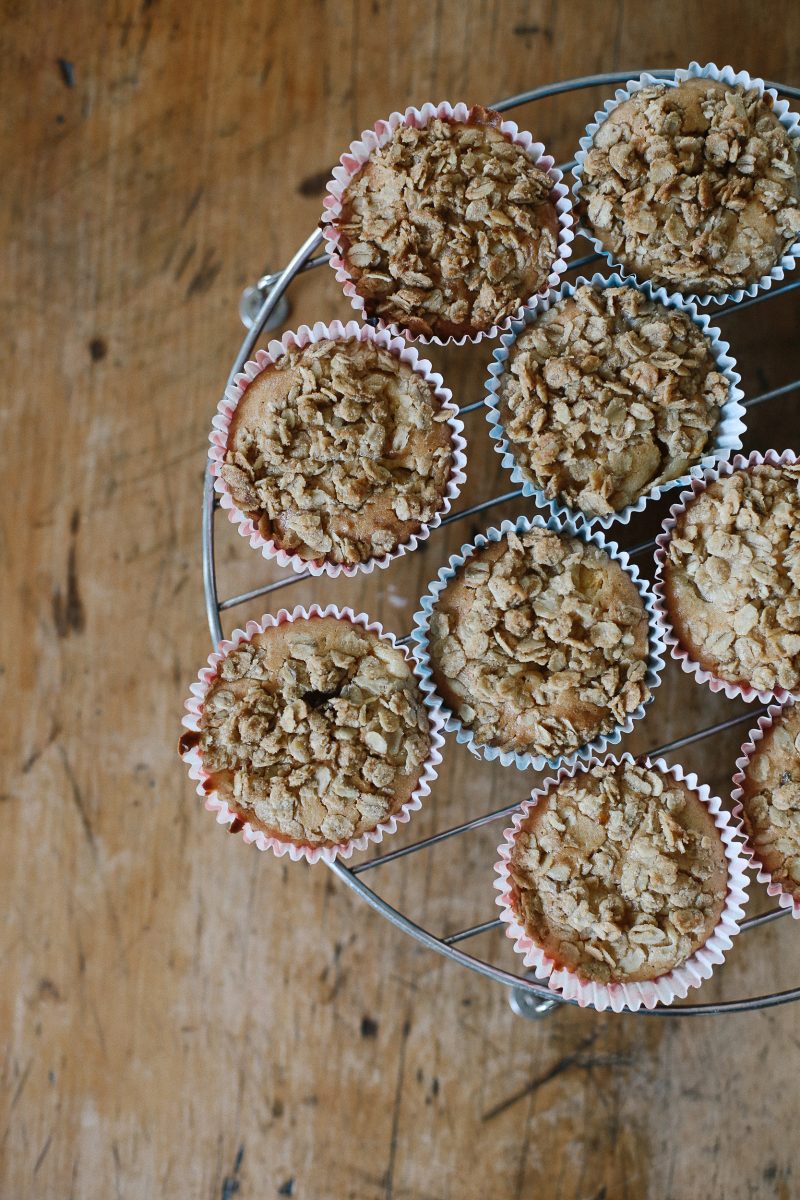 Summer holidays are over and we’re preparing for the school run tomorrow morning.

I spent a few hours in the kitchen today and whipped up lunchbox treats which I’ve currently hidden from sight. I made Beth’s mini quiches, a big batch of popcorn (I pop a few handfuls of kernels in three tablespoons of coconut oil and add salt while still warm) and honey peach muffins which gave new life to all the sad peaches that were nearing their used-by-date.

To the above I’ll add some fresh fruit, vegie sticks, a small container of hummus and rice crackers. It’s amazing how content I feel knowing that the lunch boxes are sorted for the week. It’s a good start indeed.

Che is off to school in the morning and then I have a few days with Poet before her big start. She’s excited and nervous and it’s all seeming so big but still so far away.

She has been spending an hour each day in her new Mary Janes, making sure they’re worn in before she wears them for six hours a day. Her bag is all packed, her hat is waiting patiently and we have a variety of bows and hair ties in school colours.

It’s a good time to announce that I won’t be blogging about her anymore. When Che went off to school four years ago I decided that I wouldn’t share his stories or his photo – his world was that much bigger and I had less control over it. It’s a decision I’ve never once regretted. In fact, I’ve been really grateful for the boundaries it has created.

And so I will do the same with Poet. As she takes this leap into the world – without me –  I give her total control over what is shared about her online.

If you’re sending your firstborn off to school this week, I know exactly how you’re feeling. In fact, I thought it would be simpler this second time around but I suppose it’s a bit like birth; you’ve done it before but you’re dealing with a different child. Milestones are never the same with subsequent children. In essence, it never gets easier.

As I commented on instagram a few nights ago: “…as someone who’s children go to a Montessori pre-school and then a mainstream state school I say…have faith! I know that each child is different but I think nurturing that sense of excitement and wonder at the start of their schooling journey is such a powerful way to begin.”