when the baby becomes a toddler 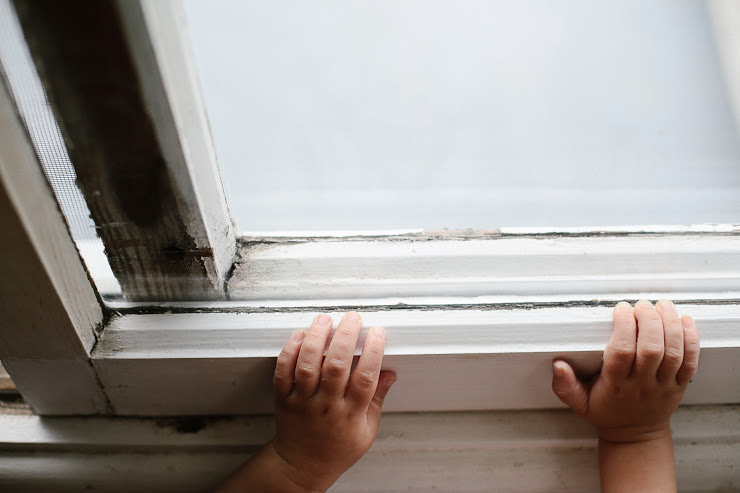 He wakes me every morning in precisely the same way; his belly on my face as he reaches for the glass of water or book or earrings that sit on my bedside table. I promptly lift him off me and he screeches on cue and then I flump back onto the pillow and wallow in the early morning-ness of it all.

The baby became the toddler far too soon.

He’s walking from chair to table and back to chair and grabbing things that were out-of-reach not that long ago. Just this past weekend he started climbing, too. He’s making his way to the top of the armchair, his little stick figure legs tentatively perched as he leans against the window and leaves kiss marks on the glass, completely oblivious to the fact that he is mere centimetres from falling.

There’s not time to dwell on the significant changes that have occurred over the past few weeks because I’m chasing him out of the bathroom and lifting him off the chair and making yet another plate of food for him to smoosh and chew and throw onto the floor. But I am acutely aware of the fact that Percy’s babyhood is dwindling. Surely not? But yes, really. He’s grown the quickest of the three; he needs to stay up to speed so those little legs of his are wasting no time. The once whimpering, scared newborn that was placed on my chest looking feeble and helpless is now fiercely independent and all too quick to leave my sight.

I naively presumed that toddlerhood was a good year away. Instead I find myself in that tricky in-between; wishing for a little more baby time while he fearlessly launches into babbling, toddling, falling, bumping, giggling phase.

He cut his first tooth today, he calls “mummummummum” when he wants me near and he shakes his head and wiggles his nappy bum when we play music.

In six weeks time he will be one. That was the fastest year of my life.